The University of Santa Monica is a dynamic educational institution dedicated to communicating the Principles and Practices of Spiritual Psychology worldwide through the process of Soul-Centered education.

Spiritual Psychology—the study and practice of Conscious Awakening—is a technology that empowers students to convert their everyday life experience into rungs on the ladder of Spiritual Awakening.

For more than 35 years, USM has offered pioneering programs supporting more than 6,000 students in Awakening more fully into the Awareness of who they truly are, resulting in enhanced levels of meaning and fulfillment both personally and professionally, and empowering students to live in greater harmony with their life’s purpose.

Classes take place in an uplifting Soul-Centered learning environment that nurtures the awakening of the human Spirit inherent in each student. The curriculum in Spiritual Psychology is designed to provide students with practical information, tools, and experience for transforming their consciousness and transforming their lives.

Mission of the University

The University of Santa Monica is dedicated to communicating the Principles and Practices of Spiritual Psychology worldwide through the process of Soul-Centered education.

The University of Santa Monica, formerly known as Koh-e-nor University, was founded in March of 1976 in Los Angeles.  The inspiration for the University came from its Founder, distinguished educator, internationally known lecturer, and best-selling author, John-Roger. His vision was of a graduate school of the highest caliber, where students across the globe could come learn how to live in this world, be in the here and now, and be involved in the unique process of spiritualizing themselves.

The first several years saw the Board of Trustees clarifying the University’s purpose and direction while also engaging in fundraising efforts to provide the institution with working capital.

In 1978, John-Roger met Dr. H. Ronald Hulnick and Dr. Mary R. Hulnick, both of whom were on the faculty of New Mexico State University in the Department of Counseling and Educational Psychology, where they trained professional counselors at the master’s and doctoral levels.  For the next two years, the Hulnicks and John-Roger shared a continuing dialogue about educational philosophy and the importance of practical mastery education. These three noted educators found they shared a dream of enlivening, relevant, Soul-centered education and committed to working together to bring forward an educational institution based on these values-centered precepts.

In 1980, the University Board engaged the services of Dr. H. Ronald Hulnick and Dr. Mary R. Hulnick as President and Academic Vice President, respectively, to implement the University’s first Program, which became the two-year Master of Arts in Spiritual Psychology.  Having trained professional counselors and being licensed professionals themselves, the Hulnicks were aware of the tremendous need for teachers, health-care professionals, attorneys, managers, ministers, parents, and others to have a practical working knowledge of the fundamental psychological principles and skills associated with effective relationships.

The Hulnicks envisioned an internationally known graduate school serving students from diverse backgrounds whose educational and professional objectives were different from those usually met by higher education institutions.  Their focus was on relevant information practically applied within a context of cooperation, support, and caring.  This approach tends to result in a synergistic learning environment where high achievement standards are attained and maintained.

In September of 1981, the first Master’s students were admitted.  And in January of 1982, the University received Authorization to operate under California Education Code Section 94310(3).  In June of 1983, the University applied for and received State Approval under California Education Code Section 94310(2).  This meant that USM had achieved the highest level granted by the State of California.

Through their diligence, enthusiasm, sustained effort, and firm belief in Soul-Centered education, the Hulnicks have co-created a dynamic educational institution emphasizing relevant, usable information, skills, and experiences designed to support each student in the revelation of their Authentic Self, as well as a greater demonstration of mastery and excellence in their lives.  Over time their dream of education for the whole person has resulted in Graduate Programs operating on the leading edge where psychology interfaces with spirituality.

In 1992, the University recognized a refinement of its mission and began referring to itself as the Center for the Study and Practice of Spiritual Psychology.  On July 1, 1992, the University received approval from the California State Department of Education to offer a Master’s Program in Counseling Psychology with an Emphasis in Spiritual Psychology, which fulfilled the educational requirements for licensing as a Marriage and Family Therapist in California.

In 1997, USM launched another leading-edge program:  the M.A. Program in Spiritual Psychology with an Emphasis in Consciousness, Health, and Healing.  This Program is uniquely designed and focuses on the place where psychology and spirituality interface with consciousness, health, and healing.

USM received approval from the state to offer a Doctoral Program, the Psy.D. in Counseling Psychology with an Emphasis in Spiritual Psychology, in March 2005. This is an advanced degree that prepares students for MFT licensing.  In 2006, USM was approved to offer its second Doctorate:  the Psy.D. in Spiritual Psychology with an Emphasis in Soul-Centered Leadership.  Its purpose is to educate students in the facilitation of Soul-Centered Living in a variety of personal and professional settings.

In 2008, the University focused its energies into designing and planning to launch an online classroom in order to reach a wider audience.  These non-degree seminars and classes will be offered in addition to the residential Master of Arts Programs in Spiritual Psychology.

In 2008, in service to coalescing the University’s resources behind the vision of serving many more people throughout the world through a distance learning format, USM decided to no longer offer its Counseling Psychology Program, which fulfilled the educational requirements to become a Marriage and Family Therapist in the state of California.  The University phased out its CP Program gradually, “teaching out” and graduating its last group of Counseling Psychology Master’s students in August 2009.

On February 17, 2014, the University made history by launching the USM Online Program comprised of two interactive courses, An Introduction to Spiritual Psychology and Loyalty to Your Soul®—Foundations, as well as a companion membership Web site, the USM Worldwide Soul Center. This robust interactive offering supports the university’s mission of communicating the Principles and Practices of Spiritual Psychology worldwide. Twelve countries were represented in the first flight of the new online courseware.

In 2015, the University streamlined the academic offerings by deciding to cease enrolling new students in the Master’s Degree Programs.  In the 2015–2016 academic year, the continuing students enrolled in the M.A. Programs in Spiritual Psychology and Consciousness, Health, and Healing participated in the teach-out of these programs.

The University also launched a new 10-month Certificate of Completion Program—Soul-Centered Living: A 10-Month Certificate in Spiritual Psychology, which began accepting new students in the Fall of 2015.

For many, USM is the answer to the inner call they are experiencing for their own Spiritual Awakening and the evolutionary impulse moving on the planet at this time.  As set forth in this Academic Catalogue and attested to by USM graduates, the University of Santa Monica provides an effective learning model that is dynamic, creative, Soul-centered, supportive, and competency based.  The University of Santa Monica is committed to educating for the future! 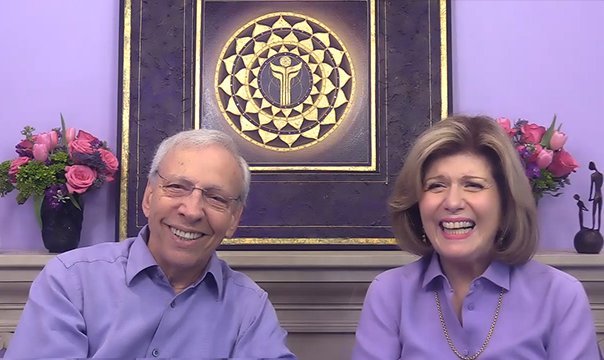