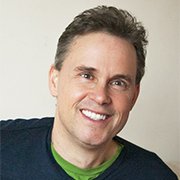 Robert Holden, Ph.D., and his innovative work on psychology and spirituality have been featured on The Oprah Winfrey Show, Good Morning America, a Shift Happens! on PBS, and in two major BBC documentaries called The Happiness Formula and How to Be Happy, shown to more than 30 million television viewers worldwide. Dr. Holden gave the USM Graduation Commencement Address in 2014 and was a guest presenter for the SCPC Summer Lab in 2015. He currently teaches a course on Spirituality & The Enneagram and is a student of A Course in Miracles, and the author of Holy Shift! 365 Meditations from A Course in Miracles.